Giving through Tomo: Friendship Through Fiction--2012 Donation to Hope for Tomorrow

Tomo: Friendship Through Fiction--An Anthology of Japan Teen Stories is a benefit anthology of young adult fiction, and it is a pleasure to announce the first donation resulting from the sales of this collection of Japan-related stories. As explained in previous Tomo Blog posts (here and here) the first donations from the sales of Tomo: Friendship Through Fiction will go to Hope for Tomorrow (hope-tomorrow.jp), the Japan-based NPO that provides three methods of support (Educational Support Program, the International Exchange Support Program, and the Foreign Language Support Program) to high school students in areas of Tohoku hardest hit by the major tsunami and earthquake of 2011.

A donation of 100,000 yen (at the current exchange rate about 1,200 USD) was made today to Hope for Tomorrow. This money includes royalty earnings for the first half of 2012 (Tomo was published in March 2012) plus Stone Bridge Press publisher donations for that same period (rounded up with an additional 727 yen from the editor for a total of 75,000 yen), as well as editor's advance money (25,000 yen). Note that the editor's advance has otherwise only been used for printing Tomo publicity postcards, and a small amount has been set aside to enable more cards to be printed.

A huge thank you to all the Tomo authors and translators for donating their stories and their time. Also thanks to Peter Goodman at Stone Bridge Press for the generous publisher donations and for making this project possible. And thank you to Hope for Tomorrow, for providing much needed long-term support for teens in Tohoku.

Please continue to support this project--tell your friends about Tomo: Friendship Through Fiction. Tell teachers and librarians about the Tomo Reader's Guide, which is full of discussion questions and writing activities, and remind them about the extensive cache of author, illustrator and translator interviews on the Tomo Blog. And consider purchasing copies of Tomo: Friendship Through Fiction as holiday gifts--order through your local bookseller, your favorite online bookseller, or through Stone Bridge Press. 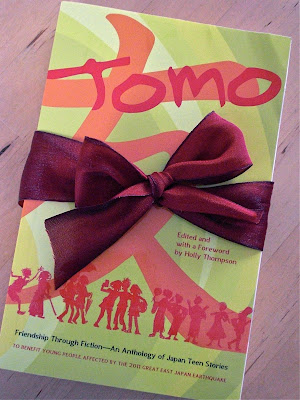 The teens in Tohoku need our long-term encouragement and support.
Posted by HATBOOKS Author Holly Thompson at 2:00 PM No comments: 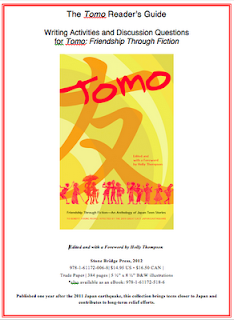 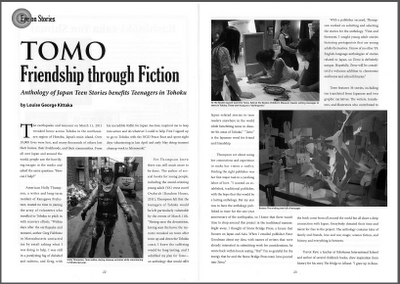 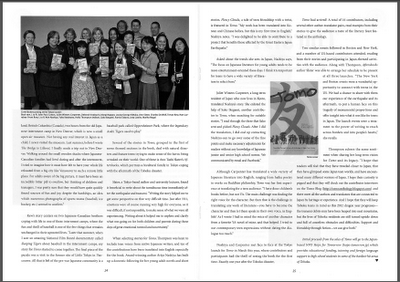